When visiting the gallery take a look at some of the regulars no longer with us, including Ray Rutter & Graham Cribb both managers of the pub who have passed on.

Ray was one of, if not the best landlords the Porterhouse (Old Thumber) was lucky to have had.
He lifted the pub from possibly its lowest point in the past 40+ years “excluding” the current covid situation.
RIP Ray, Graham, Reg, Ernie Snr, Del Boy, Les, Macca,
——————————

Long before it was a drinking establishment the Porterhouse 113 Poole Road, Westbourne, Dorset it was owned by C Dales Photography & also Watchmaker, Jeweller Optician and Electrical Engineer skilled in the repair of all scientific instruments.

Around about 1978/80 I can remember it being opened as a wine bar ” Valentinos ” it had a cellar bar with a disco 6 nights a week which is, now the pub’s cellar, a culture shock for Westbourne.

It was granted a licence for beers wines and spirits and changed its name to the Old Thumper, a traditional style wood-panelled one bar local, populated by regulars, shoppers and office workers. It was taken over by Ringwood Brewery who opened it as a cosy local traditional British pub, with a bustling atmosphere, where conversation dominates. Full of character; it still has a wooden floor, oak panelling but no longer has the hops adorning the bar.

Ringwood brewery changed the name from the “Old Thumper” to the Porterhouse, a pity really as it is still known as the old thumper by the regulars and the old thumper is still one of the breweries best beers. Today it is owned by Marstons the furniture is basic and the atmosphere remains free from jukeboxes, gaming machines or other distractions. There is however WiFi.

Although not that ancient, it gives the impression of an old fashioned boozer whose food menu sticks to the basics all at reasonable prices. The Porterhouse is situated in the Westbourne area of Bournemouth, to the west of the town and  well worth a visit.

Beers are subject to season and stocks.

To Enjoy Drinking in The Porterhouse!

WELCOME TO THE PORTERHOUSE.COM, WE TAKE TWO THINGS SERIOUSLY, THE BEER AND MORE BEER.

Some of our favourites tipples.

This website uses cookies to improve your experience while you navigate through the website. Out of these cookies, the cookies that are categorized as necessary are stored on your browser as they are essential for the working of basic functionalities of the website. We also use third-party cookies that help us analyze and understand how you use this website. These cookies will be stored in your browser only with your consent. You also have the option to opt-out of these cookies. But opting out of some of these cookies may have an effect on your browsing experience.
Necessary Always Enabled
Necessary cookies are absolutely essential for the website to function properly. This category only includes cookies that ensures basic functionalities and security features of the website. These cookies do not store any personal information.
Non-necessary
Any cookies that may not be particularly necessary for the website to function and is used specifically to collect user personal data via analytics, ads, other embedded contents are termed as non-necessary cookies. It is mandatory to procure user consent prior to running these cookies on your website.
SAVE & ACCEPT
Translate » 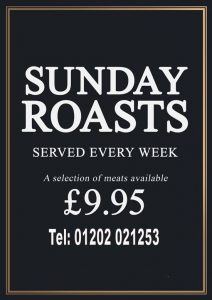